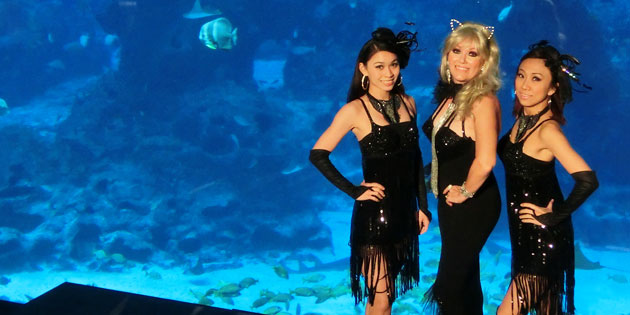 As a event emcee Singapore, I am stunned. This is the first time I’ve been a Singapore emcee for an event that had a ‘live, three dimensional, jaw-dropping’ backdrop!

So what was this amazing backdrop – it was none other than the South East Asia Aquarium – the world’s largest aquarium at Resorts World Sentosa, Singapore. 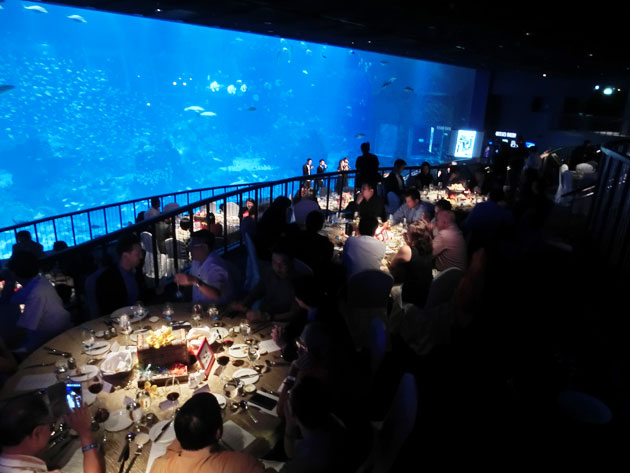 With more than 800 species of marine animals, the aquarium is home to majestic manta rays, enormous goliath grouper, napoleon wrasse, and other gentle giants of the sea.

How, as an event emcee Singapore, do you concentrate when swimming around behind you are all kinds of sea creatures? I can tell you, it is so captivating, engaging & spellbinding that when the VIP came on stage for the opening address, all the cameras were out, taking photographs of the fish swimming behind her.

GRATITUDE TO ALL THE DEALERS

The event, which I was asked to be the master of ceremonies for, was for Electrolux Professional. This was their very special gratitude party for all of their South East Asian representatives, and also a night to give out their awards to their representatives who have excelled.

Electrolux Professional is a very high end brand, dealing in a tremendous amount of 5 Star Hotel kitchen & laundry equipment. They naturally wanted this auspicious night to be held in a really special venue that reflected their high standards and uniqueness. 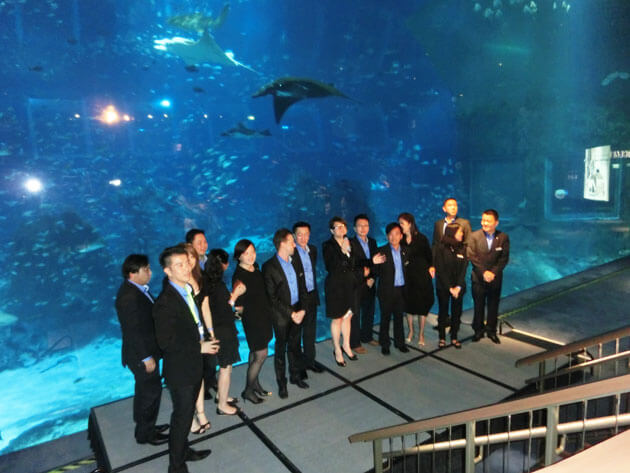 As a event emcee in Singapore, I have rarely hosted an event where a special chef appointed by the client was in the kitchen, making sure that the food that was served to the VIP guests was of the highest calibre possible. It certainly must have been, as almost all the food was relished & plates were left empty. I’m sure if the guests could have licked them clean, they would have.

To add to the mood, Micapella, made up of a group of 6 talented guys & girls were the show for the night. They are a dynamic group who sing acapella style & do their own percussion instruments beat box style & they enthralled the guests with their two sets. I’m sure the fishes enjoyed them too. 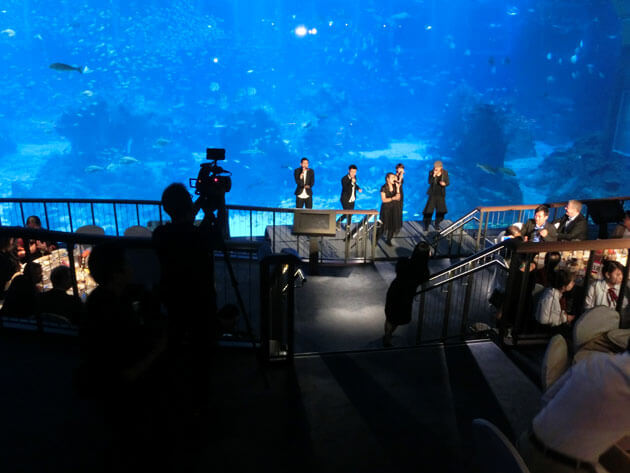 For a professional emcee, this was a great crowd. They wanted a sophisticated night, but they also wanted the night to be fun & light hearted, so I went out into the audience and got to know the guests one on one. Naturally I occasionally pulled a few of them on stage as well. That always adds to the excitement of the night.

It was not an easy task for the organisers to cater an event like this, so I must take my hat off to all those involved, especially Luca and Angela who did an outstanding job.

I really hope, that I get to be the emcees Singapore that has this amazing ‘live, three dimensional, jaw-dropping’ backdrop.