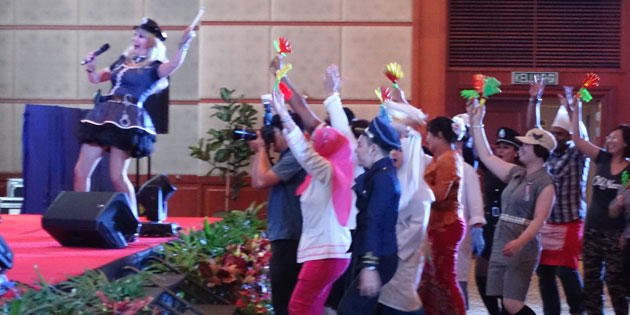 Have I told you how much I love events with fun themes when providing emcee services? If not, then let me state for the record, I love them.

That’s why being the emcee for Axa Affin was such a thrill. The theme that the committee chose was ‘Uniform Nite’. So guess what, I decided to go as a sexy policewoman – I was the emcee Singapore sergeant in charge for the night, & anyone I caught misbehaving would be handcuffed & locked in the slammer for the night. 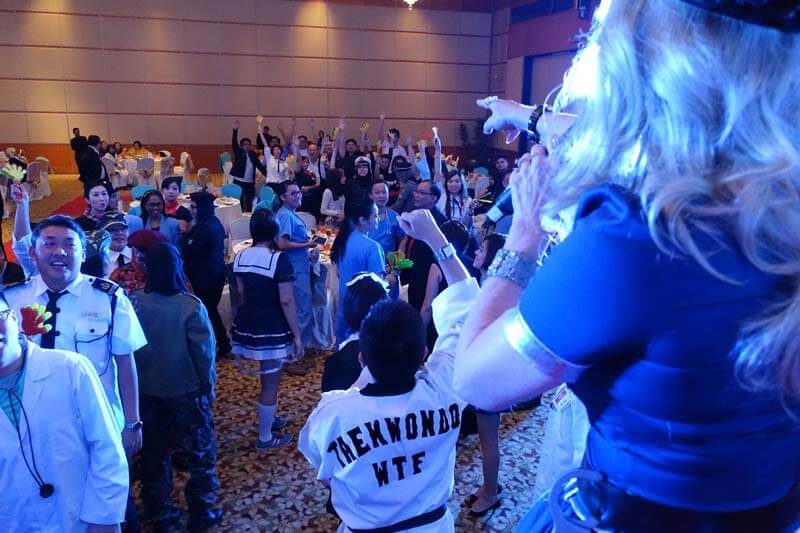 There were an amazing array of uniforms to be seen. Pilots, air stewards & stewardesses, doctors, nurses, firemen….you name it….if the profession needed a uniform, someone was wearing it.

As is usually the case with dinner and dance theme parties, if the audience take dressing up really seriously, they also want to have some serious fun on their party. Axa Affin were no exception. They were a young crowd, full of fun loving people who were ready to make the most of their night. 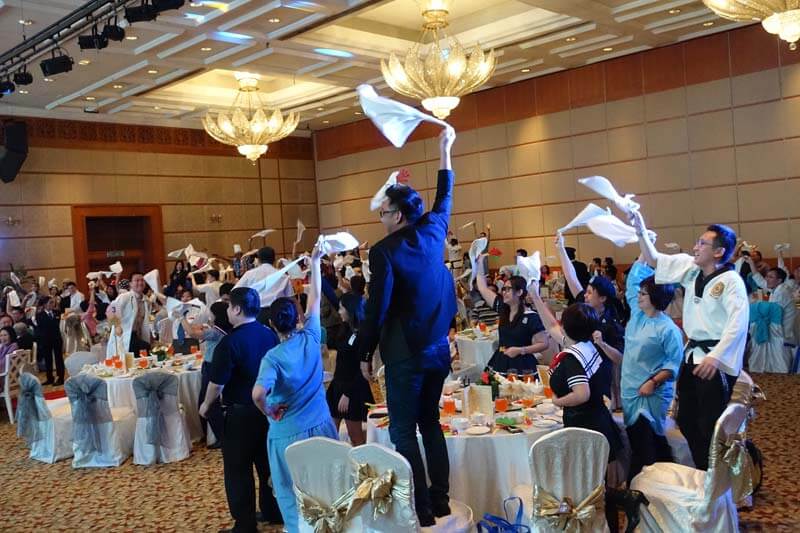 They also had a terrific band perform on their party, fronted by Claire Rozell who is a great singer & we even did a number together before she ended her sets.

We had a fantastic time, and this was even more incredible, as no alcohol was served at this dinner and dance. Ju Ang and Concept Squared team were the company who booked me to provide emcee services for this event, and as usual they did a great job organising the party for Axa Affin & also a great job taking care of us as well. Thank you Ju Ang.