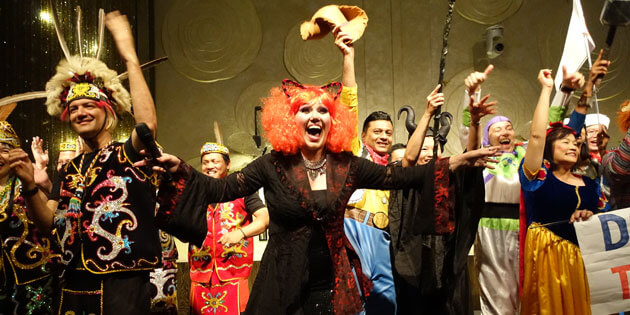 They Knew When To Have Fun with Corporate Emcee Singapore, Donna Daniels

Again, I just love to be the corporate emcee Singapore for conference/convention Gala dinners.

The one that I hosted for Bayer was really novel, as the committee came up with an excellent theme. The conference theme was ‘do things differently, or do different things’, and they decided to carry the same theme over into their Gala dinner, but instead shorten it, so that it became a ‘Dee & Tee’ night.

They gave their guest some ideas on the invitations & suggested they could come in anything starting with the letter ‘D’ or ‘T’. Their suggestions were come as ‘Darth Vader’, come in ‘Drag’, come as a ‘Tin Man’ or in a ‘T-shirt’. 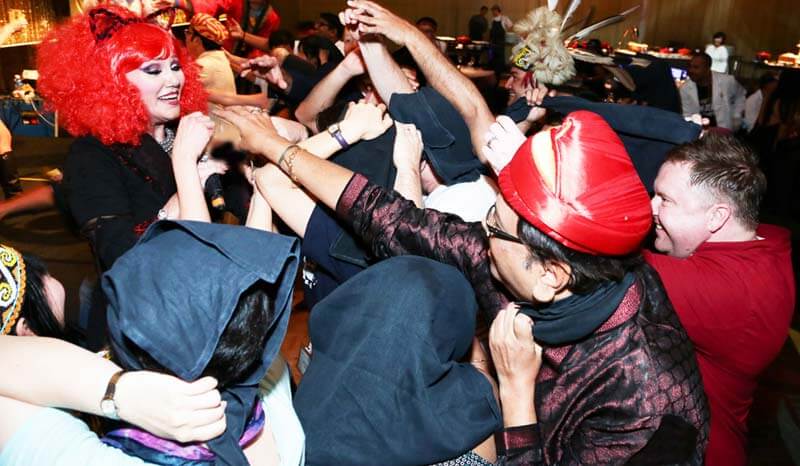 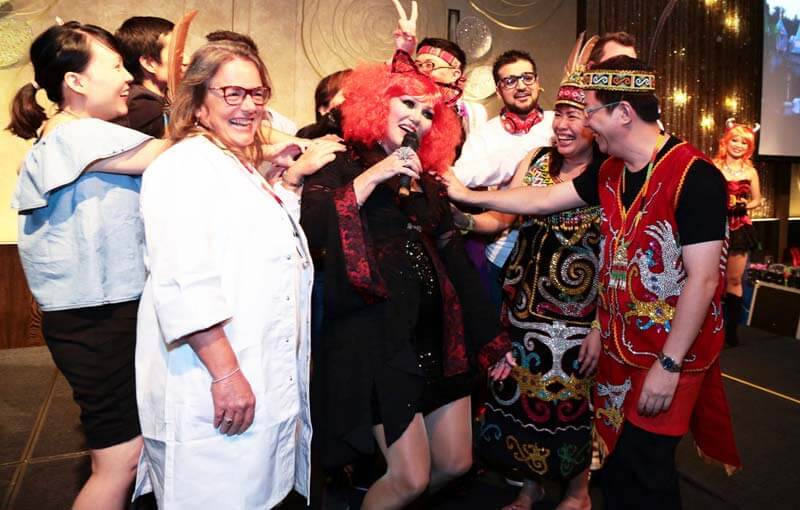 To say that the audience were a colourful lot would be the understatement of the year.

I came dressed as a ‘Tokyo Drifter’ and my dancer were dressed as ‘Talented Devils’. But I think our DJ did a magnificent job, because he dressed up as ‘Tweedle Dee’, looking for his twin ‘Tweedle Dum’. 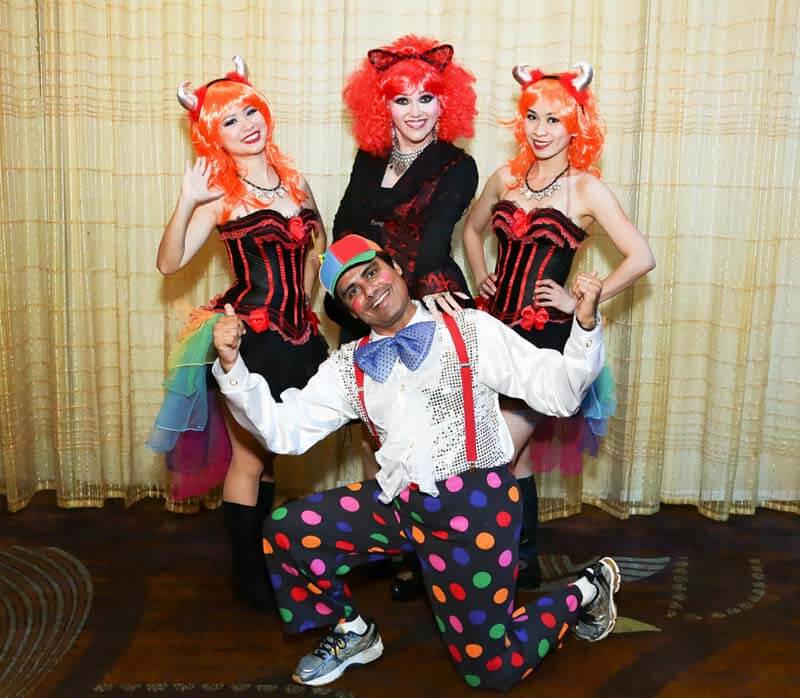 This would have to be one of the cutest dinner and dance shows I’ve ever done. Thank you so much Bayer.