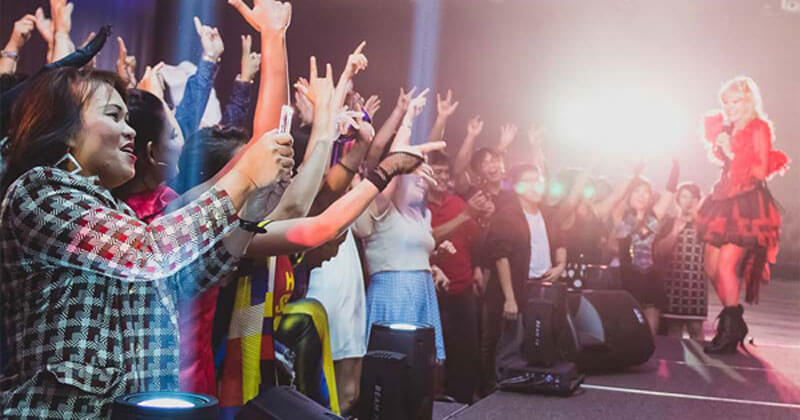 When offering emcee services, it is a real honour when a company invites you back. So I would like to say a big thank you to Loh & Loh for having me back as their emcee in Malaysia for the third time.

It was very exciting for me as their 3rd time emceeing, because I love to be creative & innovative & come up with an exhilarating program full of fun, games & excitement.

The Emcee Services for 80’s were Groovy

Being Loh & Loh’s show host, I love to do my research on the theme, so when I say the 80’s were groovy, I really mean it. The fashion was really fun, playful & colourful, and the music was so catchy & groovy. In fact, as the show host, when my DJ was playing all the 80’s hits, there were a lot of songs that I couldn’t stop dancing too. There were so many wonderful hits in the 80’s.

When providing this professional emcee services, I dressed like the iconic 80’s poster girl – Madonna, & I opened the night on her No. 1 hit, which really summed up the 80’s – Material Girl. The crowd loved it!. 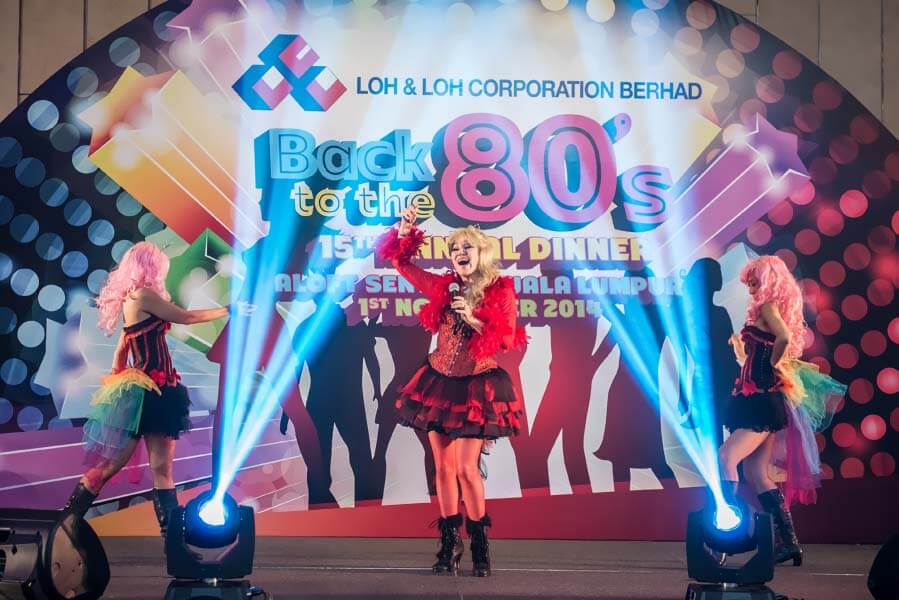 There were plenty of guests who really dressed for the theme, and this is so encouraging for me as the celebrity emcee. It makes my job really easy, because you already know that the audience are very sporting & all in for the fun & games. I had a whale of a time with the audience, as they were very enthusiastic & really supportive. Of course it helps a lot when we already know each other so well. 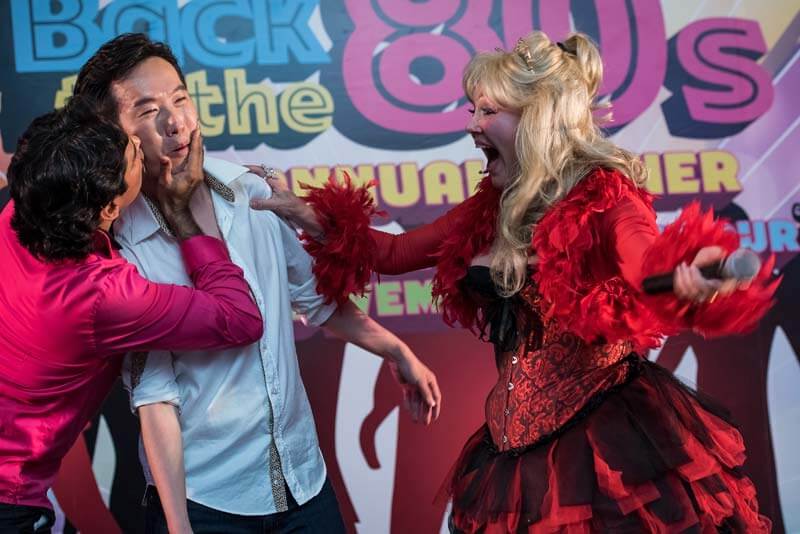 They even had me as their emcee, give away a special Healthy Employee Award. This award went to people who did not take any sick leave for the year. All of them received cash & out of a staff total of 438 can you guess the number of people who received this award? It was 110. So when the staff are happy & on the ball on the job, I can see that the company also prospers.

There were also many Long Service Award recipients, and the longest serving one that I read out was 35 years. That’s also quite an achievement.

I look forward to this time of the night, when the committee have shortlisted a group of people who have gone out of their way to dress for the dinner and dance theme. Well Loh & Loh staff excelled themselves and I’m sure the committee had a hard time choosing who to send up on stage. Again, during this segment, I got everyone dancing, as the DJ was playing awesome songs from the 80’s and we just couldn’t keep still.

Loh & Loh are so generous, they gave cash rewards out to their staff all night long, of course the biggest being thousands of dollars as the top prize. However I think, as their freelance emcee, that I should also mention that they did not forget about their invited guests, and they even had a fabulous Lucky Draw just for the guests. Well, I will gladly revisit the 80’s anytime, as it really was a fun decade.

Last but not least, big kisses to Sherwin & also the event organisers for using my emcee services – Fusion Works, who did an amazing job of bringing the 80’s to life with their colourful sets & event organising.

Cheers to Loh & Loh, and I hope to be lucky enough to be your master of ceremonies once again. Three times is not enough for me.. Lol