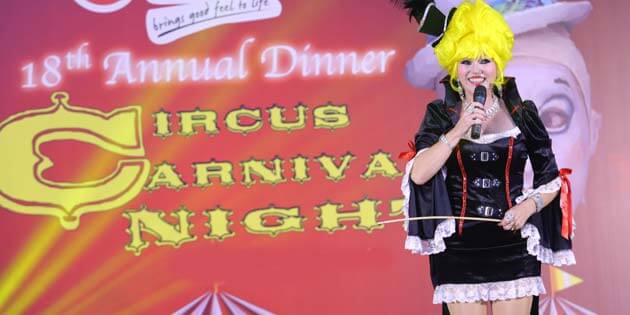 Dinner and Dance Emcee for EITA

Dinner and Dance Emcee Donna Did It Again

You know it’s going to be a good night when the head of the organising committee is himself excited to perform & also motivate his staff to do their own in-house performances to thrill their audience.

EITA was one such event that I was blessed to be their dinner and dance emcee. 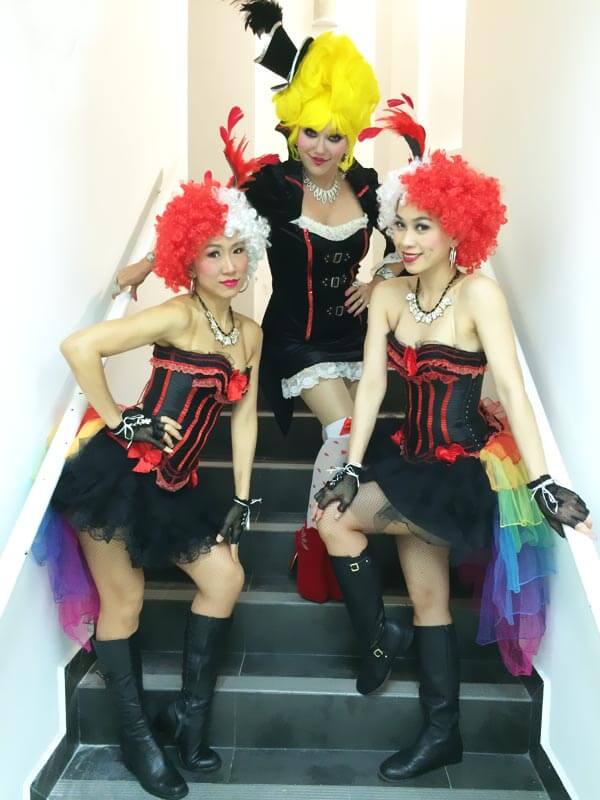 The theme was a ‘Circus’ theme, & it was the natural choice for me to come dressed as the ‘Ring Master’ for the night.

It was such a colourful night, and there was so much of attention to detail also. As their D&D emcee, I particularly liked the way the committee prepared bouquets of flowers for all the wives who were asked to be presenters.

Ju Ang and the ‘Concept Squared’ team did a stellar job organising, and the event went off smoothly and successfully.

The highlight of the night had to be the finale item though, after the Grand Lucky Draw. The whole committee did a ‘flash mob’ style dance item that was truly well rehearsed & they could have been professional. The company hired all their costumes for them to match the dinner and dance theme, but I’m not sure if the company gave them time-off from work to rehearse their dance item.

Either way it was a magnificent job on their part to make so much of effort for their guests and truly make the theme come to life. Kudo’s to you EITA committee members.