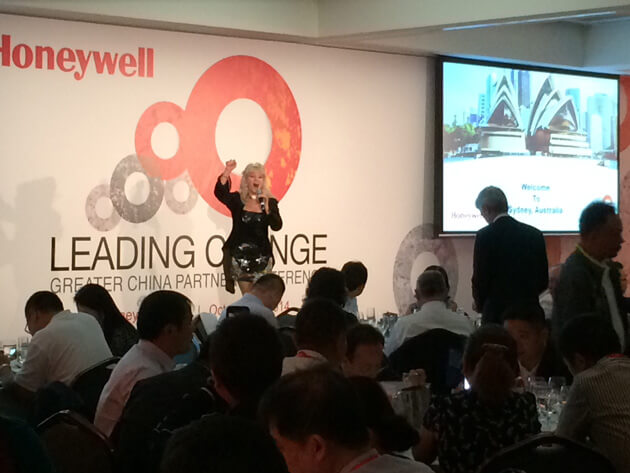 Fly Away To Sydney With Corporate Entertainer Donna Daniels

As a corporate emcee or corporate entertainer, I’m always excited when a client wants to take me overseas with their delegates for their conference, meetings & conventions.

Honeywell is one such company, that was kind enough to book me as their corporate entertainer and they flew me all the way from Singapore to Sydney where I got to perform for their conference Gala dinner. 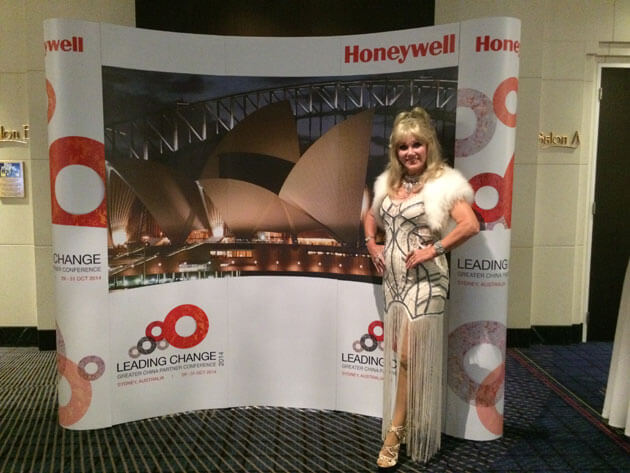 Honeywell treated all their delegates to a lot of exciting activities while they were in Sydney & as their corporate entertainer, I got to stay in the same lovely hotel as the delegates. It was the Swissotel Sydney, & the location was fantastic. It was right in the heart of the city of Sydney, & everything, including the fabulous Sydney harbour & Opera House were all within walking distance.

As a corporate emcee or corporate entertainer, I must say, I take my hat off to the event organisers of these conferences, meetings & conventions. This time the job was up to the company called Corporate Meetings & Conference Consultants Pte Ltd, and they did a stellar job in taking care of people who were coming from many different countries. 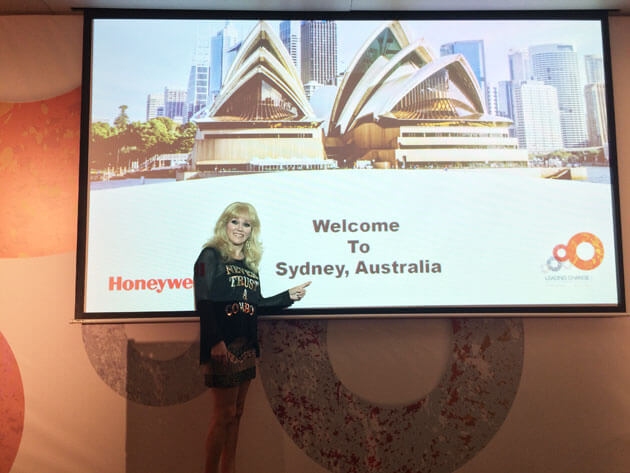 We were picked up very smoothly at the airport, which, any corporate entertainer is really grateful for, as it’s not easy to get around in a foreign country.

Now for the Gala dinner.  It was a very grand affair, held in the hotel ballroom & I, as the corporate entertainer and for some companies their emcee, wanted to make sure that the delegates really enjoyed themselves, as this was an incentive trip, and they had definitely earned it.

Most of the audience came from China, Hong Kong & Taiwan, so, I opened on an Australian song and made sure that everyone felt at home, by singing songs from their country. There was an in-house corporate emcee who spoke to them in Chinese, as this was their main language, but I must say, as their corporate entertainer, I was very impressed at how well they spoke English as well.

They were a very warm, fun-loving group & were very happy to have me as their corporate entertainer & I personally think they were very impressed that someone of another race and nationality took the time to learn so many songs in so many languages for so many countries.

While the corporate emcee played some games I managed to have enough time to do a quick costume change as their corporate entertainer, and then I had one last job. I was tasked to come back and sing a song that would motivate, inspire & uplift them so that they could leave feeling enthusiastic for the future and the future of Honeywell.

I want to thank Honeywell and Ivan, Sabrina and all the excellent team at Corporate Meetings & Conference Consultants Pte. Ltd. for taking us to Sydney Australia for this Honeywell conference, convention & Gala dinner. We had an amazing time…