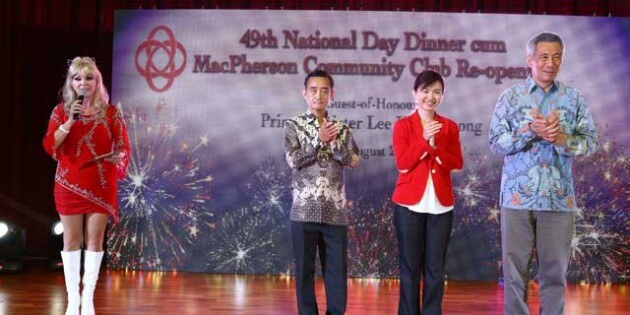 National Day Emcee – A Real Honor For Me

I feel so honoured to be chosen as the National Day emcee for Singapore’s 49th Anniversary combined with the re-opening ceremony for MacPherson Community Club.

It’s been such a long time since I wrote a blog post….sorry folks, I’ve been pretty busy as a National Day emcee, & really tied up with the launch of my new course.

However, this is one event that I have to blog about. Why? Because, as the emcee, this event was proud to have not only many dignitaries, but two very special guests of honour. 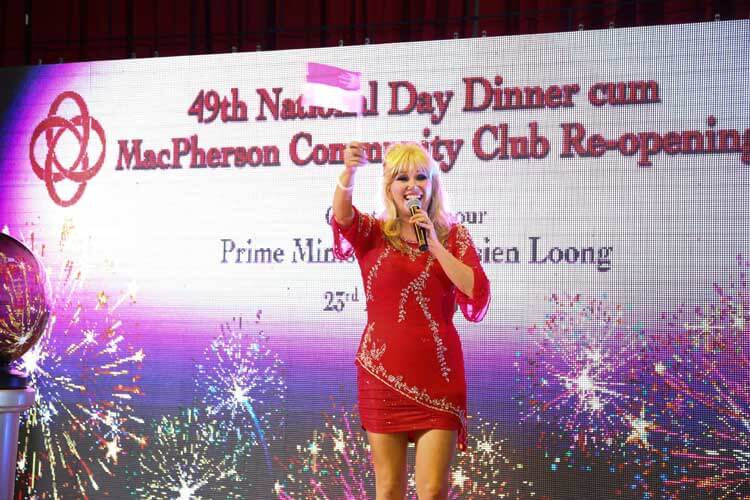 As the event’s emcee, I have been blessed to perform for both of these special VIP’s before, but never both together at the same event. So I was very excited & anticipating this special night.

Naturally security was very high, as it should be, & everything went off very smoothly. A WONDERFUL MIX OF YOUNG & OLD COMING TOGETHER

I think MacPherson CC did a great job in organising a wonderful event for their guests.

There were about 600 to 700 people who attended & excitement was really high, even before the guests of honour arrived.

As the master of ceremonies, it was my job to uplift the crowd & get everyone in a jolly good mood & this was so easy for me, because the MacPherson secondary school choir & band together with the CC Choir made up of pioneers were playing & singing their hearts out. Needless to say everyone was singing and dancing along to their music & songs.

When Emeritus Senior Minister Goh Chok Tong arrived, the music & choirs stepped into high gear & as the NDP emcee I encouraged the audience to give him a rousing welcome. He kindly watched the band & choir perform & then was warmly welcomed by the crowd that were eager to shake hands with him. Then it was time for the Prime Minister to arrive & everything went into extra high gear. I was informed by the Macpherson CC committee that he was here, I sang along loud & proud with the band & choirs, as he too was given a rousing welcome to this auspicious event.

An important part for any professional emcee is to announce the singing of the national anthem & the recitation of the pledge, and everybody was proud to honour Singapore & wish Singapore a happy 49th Birthday.

After the welcome speech & the speech by the Prime Minister, there was a ‘flash mob’ dance, followed by an extremely special laser light show, which was a first for me as a celebrity emcee. 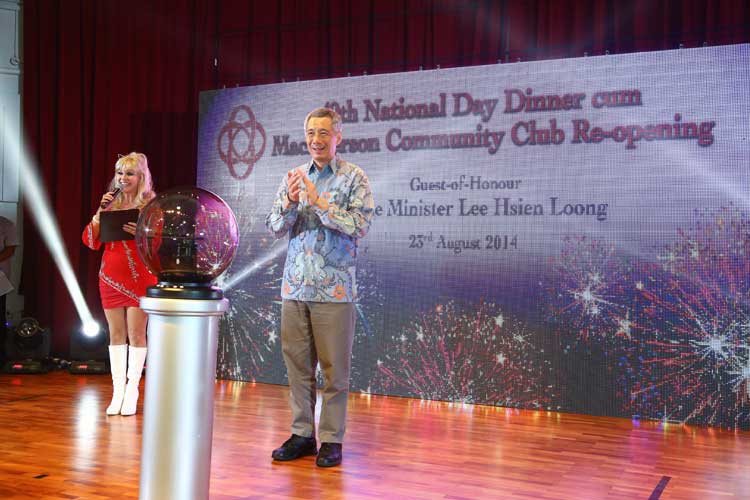 It showed all the different sports that are played at MacPherson CC, including basketball, sepak takraw, table tennis & more, & culminated in a laser light vision of the new, revamped MacPherson CC. It was very impressive.

Then it was time for dinner & some amazing entertainment. There was an electric violin recital by a world renowned violinist, Mr Lester, who is a guest conductor in Hong Kong. Then one of MacPherson very own, Ms Liwana sang two songs. Both performers did an amazing job.

Then it was time for our Prime Minister to greet the guests, and as a National day emcee, I was very surprised to see him so humble. Even though he had barely had a bite to eat, he was so kind as to go to every table, & remember there were about 600 to 700 people in attendance, so that is a lot of tables to meet & greet.

MY TURN TO PERFORM

Whilst the Prime Minister was making his rounds, then, as the NDP emcee, I had the chance to keep the guest occupied with my performance. So, off I went into the crowd & as some of the guests were seated in the basketball court & did not have a clear view of the stage, they greeted me like I was a rock star when I went out to see them in person.

I also played a game on stage, for the young & young at heart, & those that came up were rewarded with special little presents.

TIME FOR THE TOAST TO THE NATION

Once our Prime Minister returned to his seat, I started presenting the awards & the special cheque presentation by some very kind donors.

The Prime Minister graciously handed out the awards & once all the formalities were completed it was time to toast the nation.

I was very proud to do the toast to Singapore on her 49th birthday, especially as Singapore has come from such humble beginnings to be the world class thriving metropolis that it is today. Well done Singapore – I’m really looking forward to your 50th birthday.

Then the Prime Minister took his leave, and it was time for me, as the emcee to conduct one of Singapore’s most important events……..the Lucky Draw! 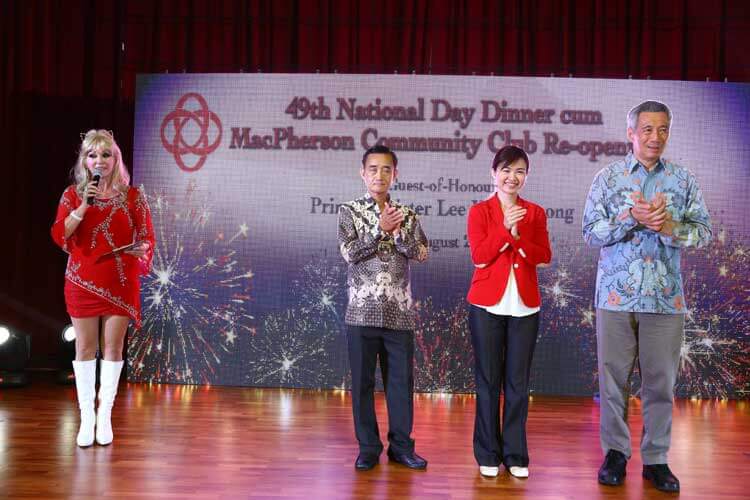 Well, there were many very excited lucky draw winners, but I personally feel the reel winners of the night were the fantastic MacPherson CC committee members who worked painstakingly to organise such a fabulous event, & also the fabulous event company, Signature Concept & Communications, who also worked tirelessly to pull off such a great night. Kudo’s to you all…..well done!

And a special thanks for having me as the National Day emcee for such a truly wonderful event….. Looking forward to a grand SG50 celebrations for Singapore.