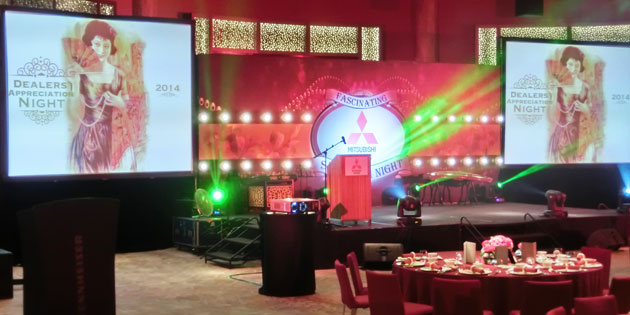 Imagine being the appreciation dinner show host for a theme called Fascinating Shanghai. Well, thanks to Mitsubishi Motors Corporation, my dream came true.

This event was really unique, not just because of the theme, but because Mitsubishi Motors really take care of their dealers and they treated them to a trip to KL and an exciting 2 days of thrilling activities. They were also involved in an ‘Amazing Race’ style challenge all over KL, so when the guests finally arrived for their gala dinner held at the Grand Hyatt, they were in high spirits.

As the dinner show host, I kicked off the nights with my beautiful dancers by singing the most famous song – ‘Shanghai Tan’ and then went into overdrive for Mitsubishi Motors. I greeted all the guests & award winners in Chinese, & the night kicked off with the Japanese CEO, Mr Tetsuya Oda, welcoming everyone, & showcasing a video of all the years events & highlights for the dealers. 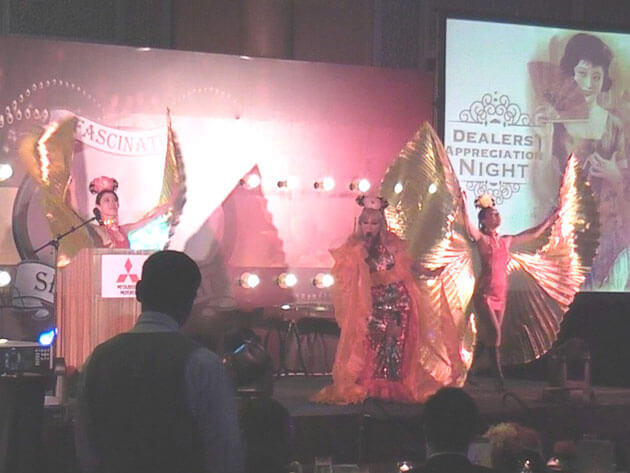 With more than 75% of the audience men, I have to say, that they were definitely a ‘cheeky’ lot, & I could see we were going to have a really fascinating night in scintillating Shanghai!

Naturally the awards were a highlight, and Mitsubishi Motors truly appreciate the events of their partners. For this event, no expense was spared to make the event a truly memorable occasion. 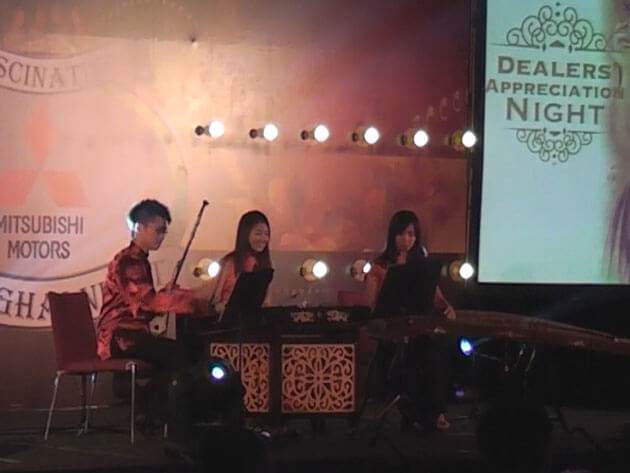 A traditional group playing Chinese instruments entertained the audience once dinner commenced, and they really brought the ‘feel’ of Shanghai in the 1930’s to life, however, as the appreciation dinner show host, it was my job to still keep the authenticity of the theme alive, but also to bring it back to the 21st century.(Lol)

In between the awards, I brought the fun, excitement & fascination of Shanghai to life as the audience were full of merriment & many had made a lot of effort to dress for the theme. As their female show host, I don’t often see the big bosses dressing for the theme, but tonight was an exception. Mitsubishi Motors bosses not only played the ‘Amazing Race’ with the dealers, but they also brought the theme of Shanghai to the gala dinner. 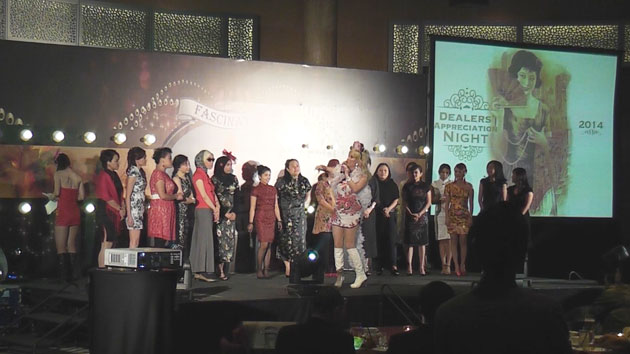 I was particularly impressed, as the appreciation dinner show host, by all the hardworking behind the scenes people, who even put together a video of the ‘amazing race’ team competition even though it just finished before the Gala dinner commenced. They had it ready to be shown with announcements of the 2nd & 1strunners-up & the team winners. Now that’s what I call amazing, as part of the amazing race.

I know you won’t believe this, but I was given lots of prizes to give away during the night & one of them was a fabulous ‘original’ Mitsubishi car from the 1920’s. Unfortunately it was only made of compressed foam as a cut out. 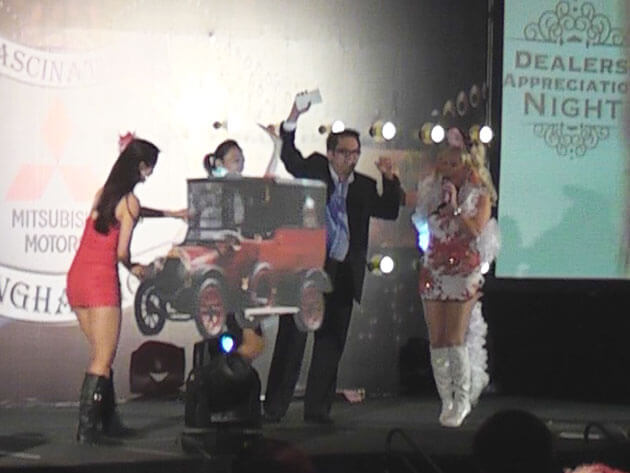 Well, the night was winding down, so, as their Singapore show host, for the finale, I invited all the bosses, the VIP’s and the heads onstage for a toast to everyone’s success, happiness and prosperity.

I must say, the night was a resounding success because of the efforts of the organiser, Wei Ting & the fabulous event company – ERS. A big thank you for a fabulous sound system & as the gala dinner show host, I really, really, really appreciate your efforts.