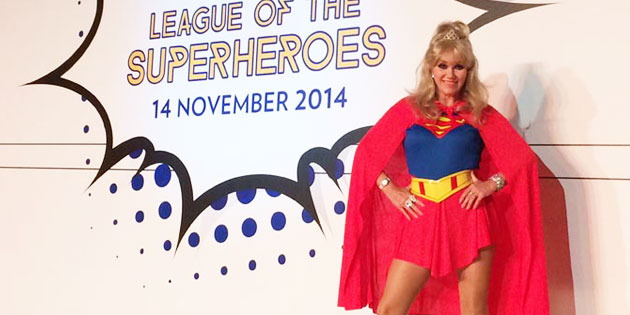 So Many Firsts On This Show

Have you ever seen a costumes rental booth set up for guests at a Dinner & Dance? I haven’t!

I am lucky to have many costumes to choose from, as one of the professional emcee Singapore, but I must admit, this was the first time for me to see a costume booth set-up for the pre-event activities. I think this is a great idea, because if the staff are really busy, & have not time to go out looking for something to wear, they won’t feel left out, as they can rent one on the spot. There were many exciting costumes for hire & you could even purchase accessories as well. 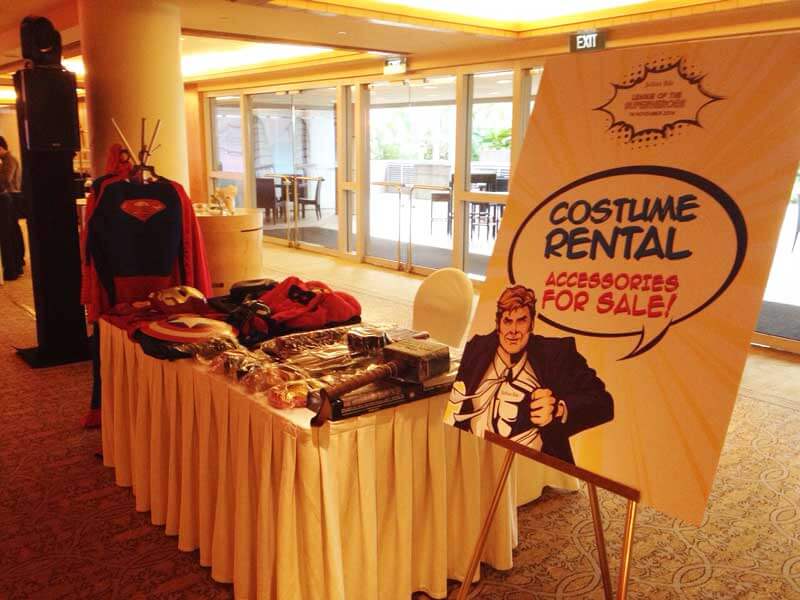 Also, as one of the emcees in Singapore I was fascinated by the many exciting pre-event activities Julius Baer had. There was a lucky dip box, where guests could win super hero themed goodies. A photo booth to record all the excitement of the event and even mobile boxes roving around that Super Heroes could enter and do their favourite “KaPow” poses.

This was also a  caricaturist on hand to put your face into 4 Super Hero themed templates. As a professional emcee Singapore I really wanted to do this, but alas, there was no time before the start of the event. This blew me away! In my many years as one of the emcees in Singapore, I’ve seen beautiful hotel décor, but again, this was the first time I’ve ever seen customized table settings. They were so cute!. A place mat that was designed exactly as the back-drop & entrance décor & snuggled inside the napkin was a Super Hero Pez dispenser – Really as the Singapore emcee I was amazed.

The show got off to an electrifying start with a fabulous opening gambit. Then it was time for me, as one of the emcees in Singapore dressed as Super Girl to swoop into the audience.

The crowd were very enthusiastic with many of them trying to outdo each other & vie for fabulous prizes in the Best Dressed Competition.

One of the most impressive acts I’ve seen was also featured on the League of Super Heroes night. An LED dance performance with 8 dancers. The room was blacked out before they came on & the LED effect was fabulous. The biggest twist came however, at the end of the dance when 4 dancers took off their masks & revealed themselves as Julius Baer staff. Then, as one of the professional emcee Singapore I was asked to interview the staff & chit chat with them, as their performance was ‘Super’ impressive. Here’s the video:

The night went rollicking by, with everyone having so much fun, it’s hard to describe, except I could that Julius Baer work hard & they deserve to play hard as well. The staff are Super Heroes in the eyes of the company and want them to be rewarded well for it.

What can I say – tonight was not just another function – the Julius Baer event was fit for a League of Super Heroes. As one of the emcees in Singapore, I could not wait to tell them about the top 3 prizes – so here goes – 3rd prize: A 55” curved UHD LED TV, 2nd: A trip for 2 to Tokyo plus 5 nights accommodation & 1st prize: A trip for 2 to Milan, Italy plus 5 nights accommodation. 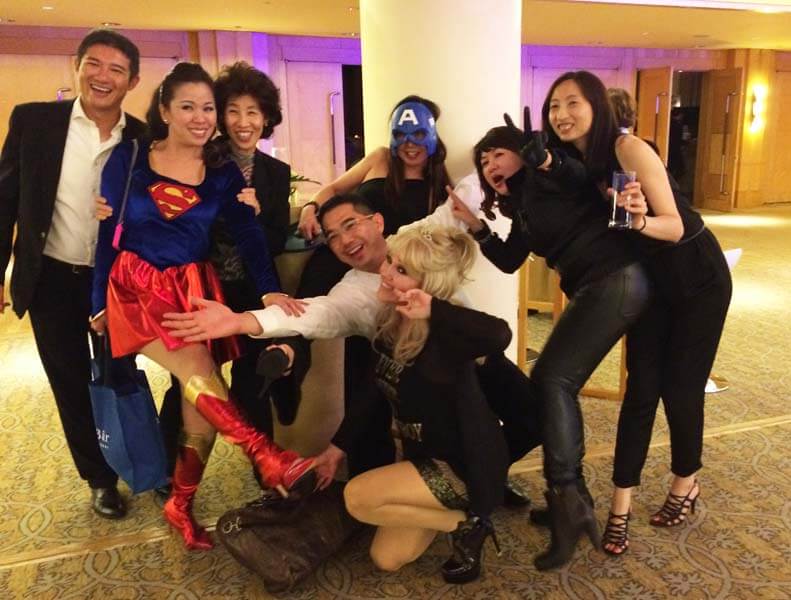 Then,  just as I was about to hand over the reins from the Singapore emcee to the DJ, the boss decided the prizes were not enough & proceeded to give away…..8 Iphone 6 128gb – the highest capacity. Then after these 8 were given away – he teased the crowd some more & gave away another 8! Wow! The League of Super Heroes in the audience went wild.

It was a really fun, wacky, exciting night & I feel really honoured to be Julius Baers Singapore emcee, not once, but twice. I really look forward to being their Singapore emcee again.